The Accidental Franchise: A Must Read for Lawyers and Business Owners

The Accidental Franchise: A Must Read for Lawyers and Business Owners 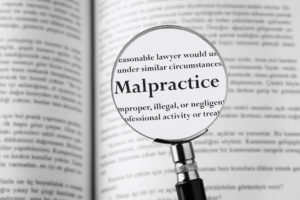 “Many well-meaning attorneys have tried to avoid application of the franchise laws by referring to a relationship as a ‘license’ and not a franchise, or to the agreement as a ‘license agreement,’ ‘dealer agreement,’ or ‘consulting agreement’ … but if it walks like a duck, quacks like a duck, and swims like a duck, call it what you want, but you may be guilty of malpractice.” Charles S. Modell, Wolves in Sheep’s Clothing: “Accidental” Franchises May Have Teeth, 66-SEP Bench & B. Minn. 27 (2009).

This article discusses the “accidental franchise” and what ramifications may follow for both the lawyer who drafts an agreement that meets the franchise elements and the business owner who uses the franchise agreement without proper registration and compliance with state and federal franchise and business opportunity laws.

The Elements of a Franchise

If a relationship contains three specific elements set forth in the Federal Trade Commission’s “Disclosure Requirements and Prohibitions Concerning Franchising,” 16 C.F.R. § 436.1 (also known as the “FTC Franchise Rule”), it is a franchise.

The first element is granting the right to associate with another’s trademarks in offering, selling, or distributing goods or services. If your client gives another the right to use her trademark in selling goods and services, this element is likely met.

The second element is met if there is an upfront fee also known as a “franchise fee.” The definition of “franchise fee” is expansive and encompasses lump-sum, installment, fixed, fluctuating, up-front and periodic payments for goods or services, however denominated, whether indirect, hidden or refundable. See Spandorf, Rochelle, Structuring Licenses to Avoid the Inadvertent Franchise, ABA Landslide Magazine, Vol. 2, No. 4 (March/April 2010).  The FTC Franchise Rule provides that a franchisee is required to pay the franchisor at least $500 either before or within 6 months after opening for business. Required payments include any payments the franchisee makes to the franchisor for the right to be a franchisee including fees for rent, fees for advertising assistance, fees for training, security deposits, escrow deposits, non-refundable bookkeeping charges, purchases of promotional literature, payments for services of any persons who will be established in the business, payment for equipment rental, and continuing royalties on sales.  See Florida Bar Franchise Law Handbook.

To analyze the third element, the FTC Franchise Rule Interpretive Guides sets forth nine examples of significant types of controls including site approval, site design, hours of operation, production techniques, accounting practices, personnel policies and practices, promotional campaigns requiring franchisee’s participation or financial contribution, restrictions on customers, and/or location or sales area restriction.  The “significant types of promises of assistance” to a franchisee may include formal sales, repair or business training programs; establishing accounting systems; furnishing management, marketing or personnel advice; selecting site locations; or furnishing a detailed operating manual.  Importantly, “the FTC also has found that the mere promise to provide significant assistance fulfills this required element of a franchise. Thus, if the other two elements of a franchise are established, a franchise can exist based on a mere promise to provide significant assistance, even if the promise is not fulfilled.” See Florida Bar Franchise Law Handbook.

Various states have their own franchise and business opportunity laws. Florida, for example, has Florida Statute Section 817.416, oftentimes referred to as the “Florida Franchise Act,” which has four elements:

(b) The term “franchise or distributorship” means a contract or agreement, either expressed or implied, whether oral or written, between two or more persons:

2. Wherein one party, hereinafter called the “franchisee,” is granted the right to offer, sell, and distribute goods or services manufactured, processed, distributed or, in the case of services, organized and directed by another party;

3. Wherein the franchisee as an independent business constitutes a component of franchisor’s distribution system; and

4. Wherein the operation of the franchisee’s business franchise is substantially reliant on franchisors for the basic supply of goods.

To paraphrase, a franchise will be found in New York when there is a grant of a right to engage in the business of offering, selling or distributing goods or services, the payment of a franchise fee and either: (1) a marketing plan or (2) trademark.  See Aristacar Corp., 541 N.Y.S.2d at 166.

Half the states have what are known as “business opportunities laws” which require the seller of a business offering to file or register with the state and to disclose certain specified information to the purchaser prior to the time the purchaser pays any money. Selling a franchise or business opportunity in one of these states without registering will likely subject the seller to civil and criminal penalties. A good resource for franchise lawyers and potential franchisors showing which states have franchise and business opportunity laws can be found at http://www.fransource.com/state-franchise-disclosure-registration-laws/.

Liability under the federal and state franchise laws depends not on the label attached to the particular agreement but rather the relationship between the parties to the agreement.  See, e.g., Florida Bar Franchise Law and Practice Main Handbook Chapter 3, The Franchise Relationship: Counseling Potential Franchisors and Franchisees, FLP FL-CLE-3-1 (1996) (hereinafter “Florida Bar Franchise Law Handbook”). “If the elements exist, there is a franchise, regardless of whether the parties call their relationship a franchise.”  See id. If the elements do not exist, there is no franchise; however, the FTC has stated that the FTC Franchise Rule will cover relationships in which the elements do not exist if the relationship is represented in writing or orally as having the characteristics of a franchise.  See id.

The legal and financial consequences of not complying with state and federal franchise laws are serious and substantial, including possible personal and criminal liability. Regulators’ enforcement authority will oftentimes result in severe and harsh measures, including ordering rescission, restitution and restraints against future franchise sales. “These statutory violations can devastate a franchise system, or an accidental franchise system.” See, e.g., Spandorf, Rochelle B. and Kirsch, Mark A., The Accidental Franchise, http://www.gpmlaw.com/portalresource/Accidental_Franchise_-_2001_ABA_-_Updated_June_2014_MKirsch.pdf (last visited March 4, 2016).

The court reasoned that if not for the lawyer’s failure to properly advise the client on compliance with applicable disclosure laws, the client would have successfully established a nationwide network of health clubs.  Id.  The Connecticut Supreme Court affirmed that the law firm had committed malpractice but overturned the $15.9 million award because, in part, the Court felt the damages award projected too far out into the future (12 years). See Beverly Hills Concepts, Inc. v. Schatz & Schatz, Ribicoff & Kotkin, 247 Conn. 48, 55, 717 A.2d 724, 729 (1998).

If you believe you have a “license agreement” or “consulting agreement” prepared by a lawyer that may meet the elements of being a franchise, you should reach out to an experienced franchise lawyer for a review immediately to ensure you become legally compliant.  An experienced franchise lawyer will be able to counsel you as to next steps.  If you are reading this as a business owner looking to expand your business, there are no ways to cut corners around franchise and business opportunity laws. If it walks like a duck and quacks like a duck, it’s a duck…

Wasch Raines LLP is a business and franchise law firm providing a comprehensive range of services to emerging and established businesses and franchise companies in a variety of industries. Through its unique business model, the firm offers its clients the benefits of having a cost-efficient in-house general counsel and a full service litigation team. For more information, click here to contact us, email [email protected], or call (561) 693-3221.  View attorney profiles and read our blog on our website at waschraines.com.

Wasch Raines has provided this article for general informational purposes only. It is not intended as professional counsel and should not be used as such. You should contact your attorney to obtain advice with respect to any particular issue or problem. Read our full disclaimer at waschraines.com/terms-of-use/.