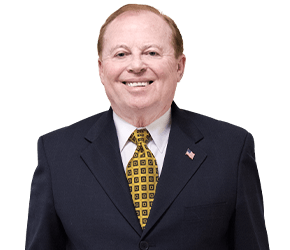 Keith literally and practically helped to write the franchise laws that govern the state of Florida and has served as counsel to franchisors and franchisees throughout the country. Keith’s depth of experience in the franchise law arena is tough to match.

Keith J. Kanouse is of counsel to Wasch Raines LLP. Keith is a commercial lawyer with over 40 years of experience in corporate and franchise law experience. In 1990, Keith formed Keith J. Kanouse, P.A. and then, in 1999, Kanouse & Walker, P.A., representing entrepreneurs, franchisors, franchisees and their companies in securities and real estate matters with a primary emphasis in franchise, licensing and distribution law. From 1983 to 1990, Keith was a partner and chair of the franchise practice group at a large Florida law firm.

Keith has been widely recognized amongst the franchise law bar for his renowned career most recently being named to the Hall of Fame of Franchise Attorneys in April 2019 by Franchise Times Magazine. He has won a multitude of awards, honors and recognitions for his efforts as a franchise attorney. Keith has written franchise law publications including the ABA Forum on Franchising’s Franchise Desk Book (2018) and Guide to Understanding an Offering Circular and Negotiating a Franchise Agreement (1996).

In addition to his role as a franchise law practitioner, Keith serves as an expert in franchising in litigation matters throughout the country.