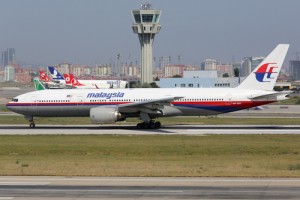 Wasch Raines co-founder and litigator Adam Wasch was quoted by Airchive, a reliable source of aviation news, in their continuing coverage of the mystery surrounding the disappearance of Malaysia Airlines Flight MH370 carrying 227 passengers and 12 crew members. Mr. Wasch was asked to provide his legal opinion on the potential culpability of the airline and Malaysian authorities for allowing passengers to board the flight with stolen passports. The fact that at least two passengers boarded MH 370 with stolen passports is one of the many leads investigators are following up on to determine what happened to the missing aircraft.

Yesterday, we learned that at least two passengers were able to board MH 370 with stolen passports. The issue has prompted many questions, primarily how this could’ve happened. We reached out to attorney Adam Wasch with Wasch Law LLP for some insight:

“If we assume that the passengers on board with stolen passports had something to do with the Malaysia Airlines MH370 incident, which is unconfirmed at this point, then it could be argued that the airline and Malaysian authorities were ‘negligent’ in allowing those persons on board,” says attorney Adam Wasch with Wasch Raines.

“This type of argument passed muster in U.S. federal court in the 9/11 civil action against American Airlines for allowing terrorists with boxcutters on board before the case settled. However, in this case, a claim against the airline would be governed by the Montreal Convention because this was an international flight between two signatory countries. The convention asks only whether there was an ‘accident’ on board as that term has been defined by international and U.S. courts, and the answer to that question here is probably ‘yes.’”

The link to Airchive’s continuing coverage of the MH370 incident can be found here.

Wasch Raines is a business and franchise law firm providing cost-efficient in-house legal services to businesses and franchise companies with a full-service litigation practice. Before co-founding Wasch Raines, attorney Adam G. Wasch was a litigator at a large Florida-wide law firm where he handled hundreds of cases to resolution in such practice areas as complex commercial litigation, intellectual property, employment law, product liability, and aviation law. Mr. Wasch has served as the Vice Chair of the ABA Young Lawyer Division’s Air & Space Law Committee and on the Florida Bar Aviation Law Committee. For more information on Wasch Raines, please call (561) 693-3221.